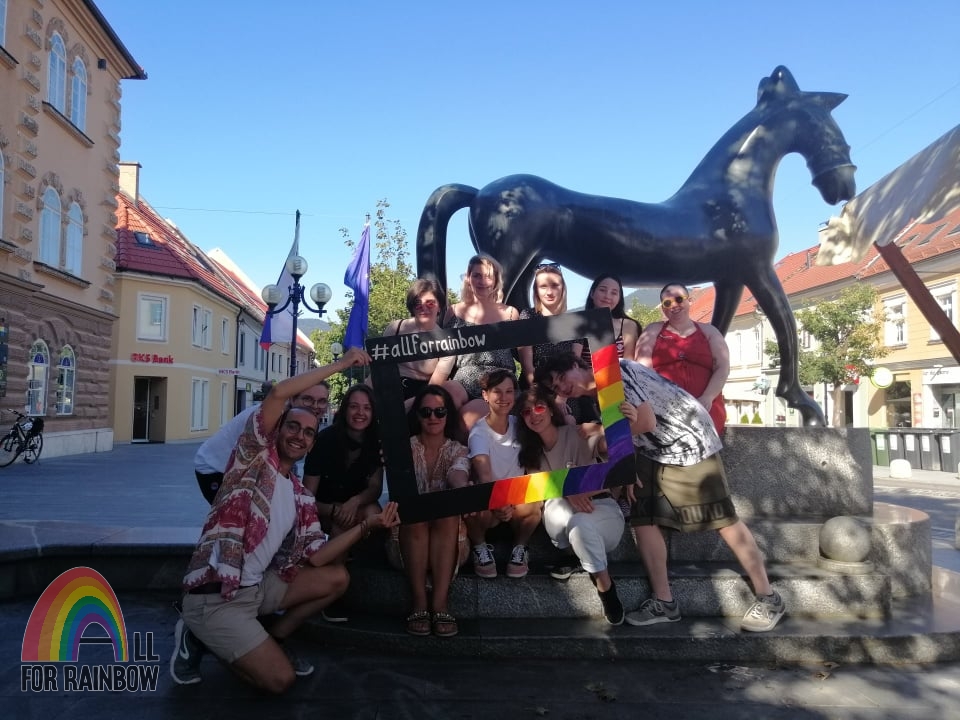 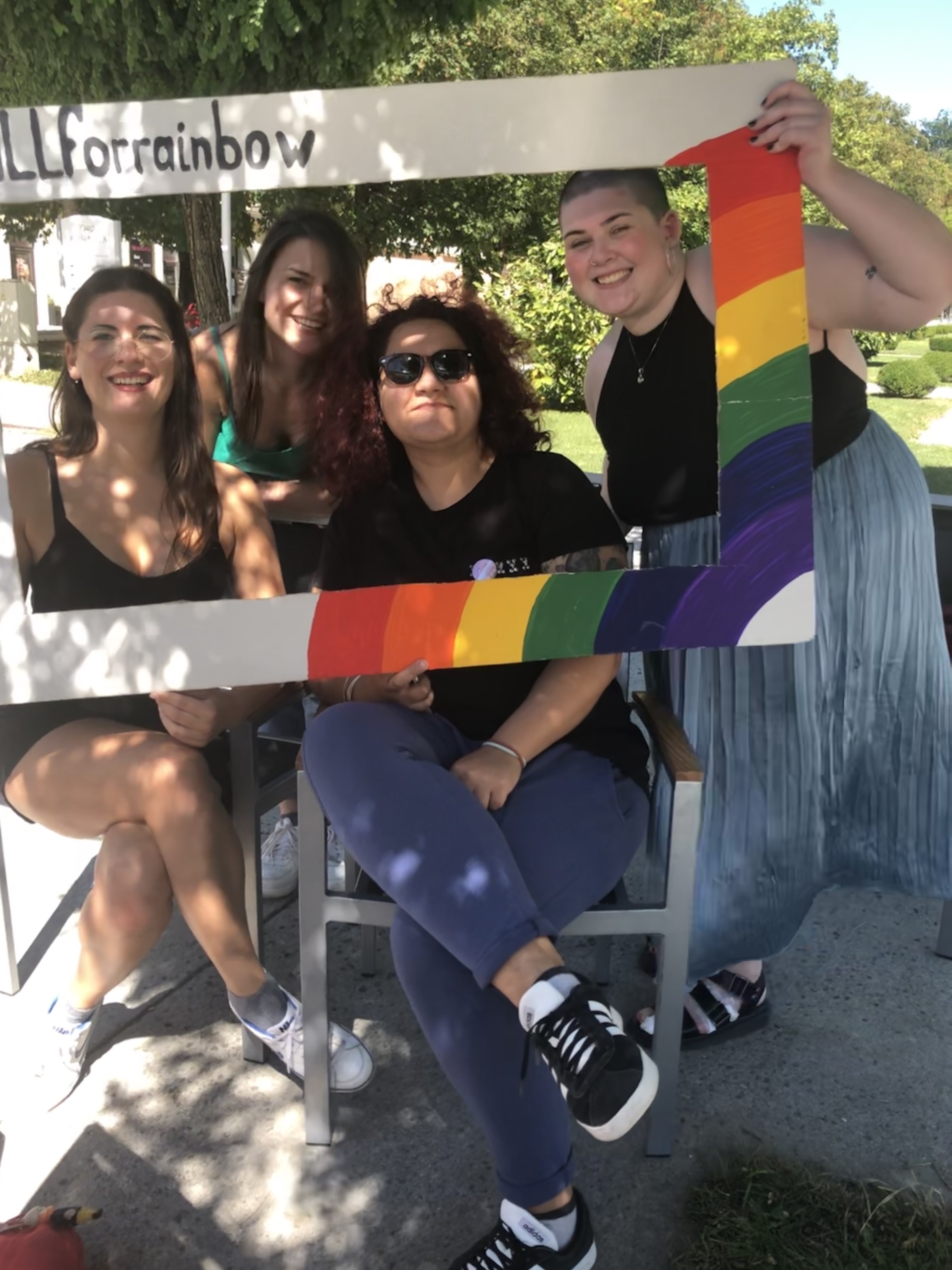 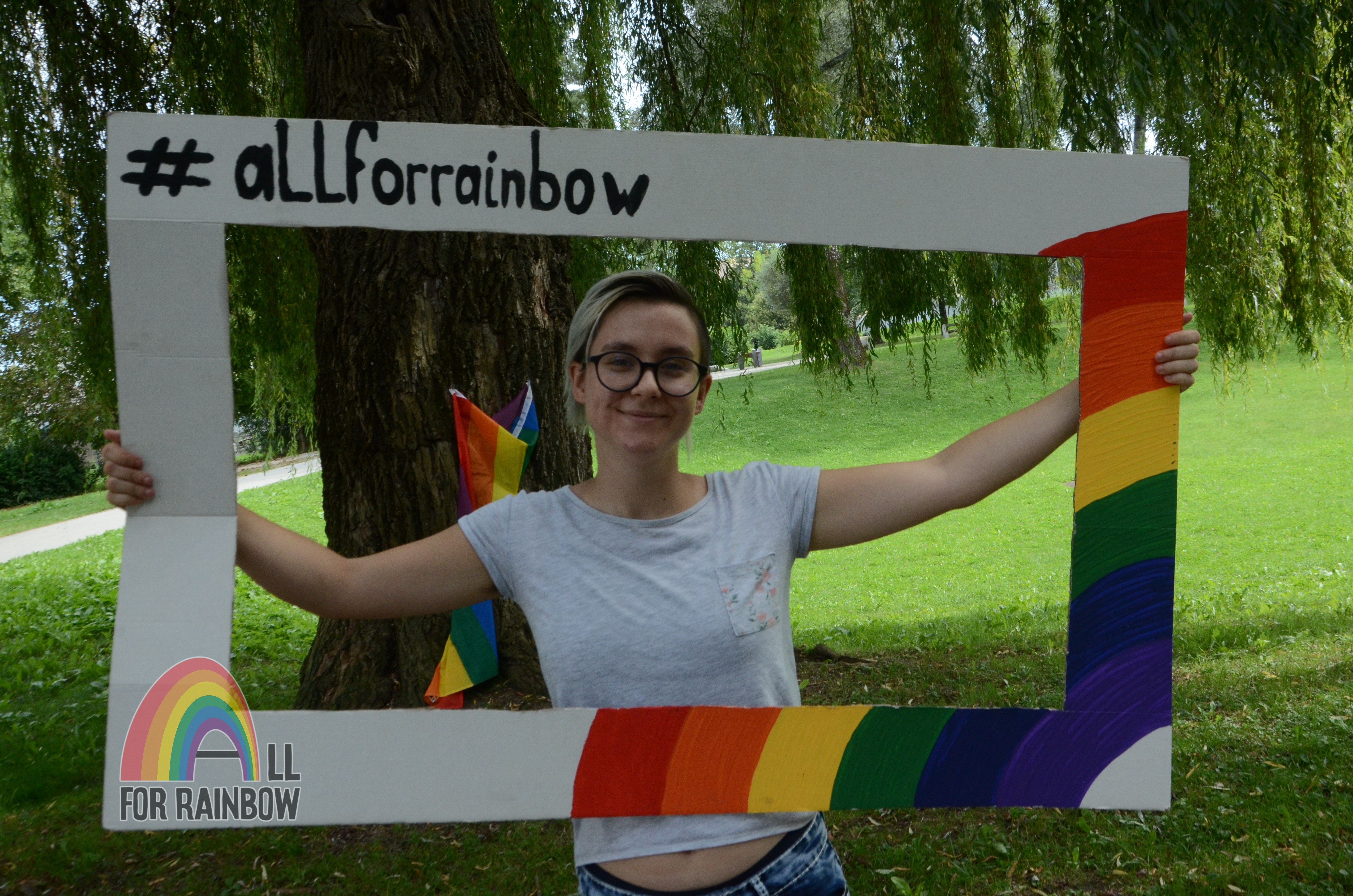 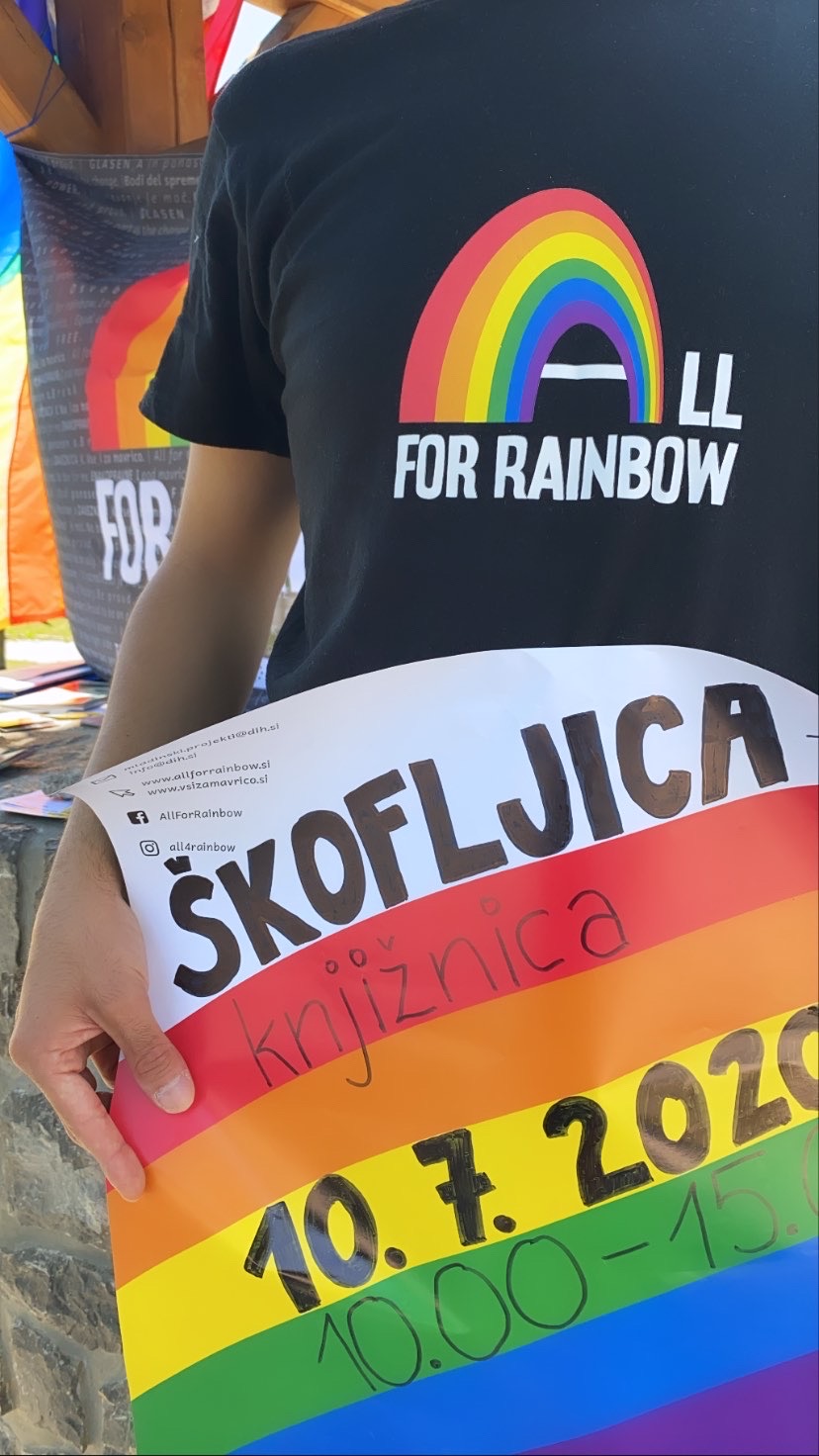 When I was 18, my high school had a day called »Day against inequality«. It was the first time I ever heard anyone from my school talking about LGBTQ community in a nice, respectful way. And by that I don`t mean that they were homophobic. No, we simply never talked about that. And when I came to Ljubljana and found out that they a particular school has an LGBT extracurricular, my initial response was – being mad.

Why do they get to feel accepted at school, but I and many other LGBTQ+ people from small cities don`t? Why do we have to wonder every day if it is safe to come out of the closet at school, in family, and people in big cities can do it without any fear, because they know at that at least school is going to accept them.

So naturally, when I found out that we are going to host an All for rainbow event in Velenje, I was ecstatic. We finally did it. Finally Velenje`s rainbow children will get their spot in Sončni park. But on the other side, I was nervous. I didn`t know almost no one – except me – in Velenje that would be openly out. I was scared that someone I know was going to come to me and ask me why I`m there. I was scared that my family would see me. But I knew one thing – I would stand there in Sončni park, even if I have to come out to someone.

Because my fear is nothing compared to the happiness of Velenje`s LGBTQ people when they see that they are finally accepted even in their small city, that even we in Velenje believe in equality, and because I don`t want people`s first feelings of acceptance to happen in some big city like Ljubljana, but there, in their own home.

Scroll down to see next article
Novice